On Sunday 6 May 2018 the RAF Centenary Baton came to Tywyn Wharf station to meet with ex-RAF locomotive No.6 ‘Douglas’. The baton, which is on a nationwide tour that started on 1 April 2018 and will finish in London at the official RAF100 celebration on 10 July 2018, arrived at Wharf station having been carried from the RAF Museum at Cosford by members of the RAF Cosford Motorcycle Club.

At Wharf station it was greeted by members of the local RAF Association as well as representatives from the Talyllyn Railway. Following its time at the station the baton was then taken to the former military camp at Morfa, site of a wartime RAF airfield, before pedal power took over and the baton was carried by bicycle by members of the RAF Cycling Association to the foot of Mount Snowdon. 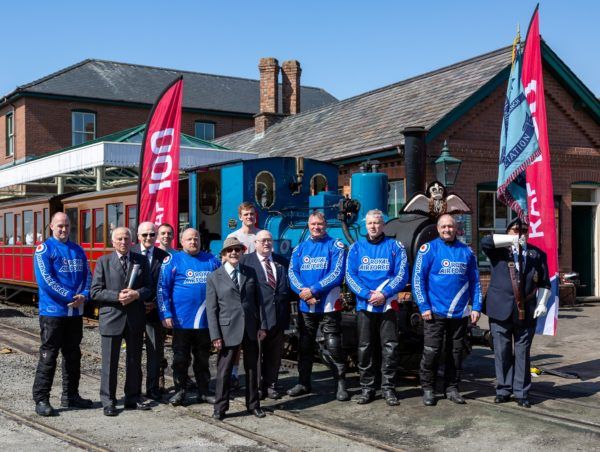 The RAF baton with members of the RAF Cosford Motorcycle Club and the local RAF Association, along with locomotive No.6 ‘Douglas’ at Tywyn Wharf station. 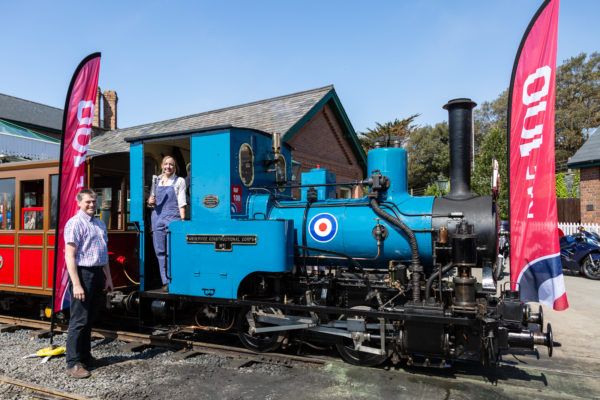 For further information about this press release please e-mail: [email protected] or phone 01654 710472.